Challenging Patriarchal Leadership – How to embrace the Feminine Wing

For centuries we have seen a Patriarchal style of Leadership – Masculine Power dominating Politics, Business, and Foreign policy – a style rooted in militaristic thinking. From Alexander the Great and his desire to conquer the world to Julius Caesar’s expansion of the Roman Empire to British Colonisation. We are aware of despotic leaders such as Hitler, Stalin, Mao, Mussolini, Pol Pot, Putin, and Assad wielding powers of destruction to raise their status, authority, and control. 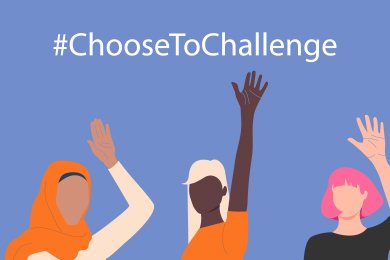 Traditional masculine leadership was designed for combat, conquest and competition – the focus was on power, expansion and defeating the enemy. It is hierarchal in structure – your rank determines your privilege, positional power, and ability to decide the fate and outcome of others. It is power over, rather than power with another human being.

While this authoritarian style of leadership was and still is prevalent in many countries round the world, what I want to explore is the masculine and feminine qualities that make up Embodied Leadership today.

Most people think the masculine style refers just to the gender of the person. I am more interested in discovering the masculine and feminine qualities inherent in each of us.

When I ask Male business leaders to write down their strengths in my workshops, the list looks predominately like this:

When I ask Female leaders to describe their strengths, this is consistently what is shared:

Most men and women have been socialised into specific gender roles by a Patriarchic system. What each one of us possesses is a masculine and feminine side to our personality. Whether our culture, religion, parenting, and socialising have allowed us to fully claim these are a whole other story.

There is an insightful metaphor from the Native American people that speaks about the bird of humanity that has been flying with one wing for centuries – the male wing. The female wing has not been fully extended. In fact, it has been pulled back, curtailed, and suppressed. The result has been that the male wing has overdeveloped and become violent. The bird cannot move forward, it cannot progress, it can only fly round in circles.

Embodied leadership recognises the need for both wings – the masculine and the feminine. Many leaders disown their innate feminine qualities because they see it as weak, soft, fluffy, and insignificant to the more important task, outcome- focus, and profit-driven results. People are rewarded for output and not relationships. Yet, it is the relationships that empower individuals motivated by a common goal to co-create sustainable results and long-lasting cultures.

Feminine leadership is empathetic. It is about nurturing relationships, building people, and welcoming diversity and inclusion. It is the ability to share power and encourage others to get in touch with their own personal power. It looks at working together towards a unified goal.

Two female leaders who exemplify this for me are Jacinda Arden and Kamala Harris.

In her BBC interview in 2018, Jacinda Arden said:

“I have made a very deliberate decision that in the Westminster style of politics that we have in New Zealand which is very adversarial…. I have always said that it takes courage and strength to be empathetic and I am very proudly an empathetic, compassionately driven politician. I am trying to chart a different path and it will attract critics but I can only be true to myself and the form of leadership I believe in.”

She has often said that she refuses to believe that you cannot be compassionate and strong. The feminine and masculine qualities are what she embraces with congruency.

Jacinda Arden chooses to challenge the status quo and pushes boundaries to a new form of government. After her landslide victory in October 2020, she chose the most diverse cabinet in New Zealand’s history. Out of the twenty members, eight are women, five are indigenous Māori, three are Pasifika and three are LGBTQIA+. This new way of leading a country brings different perspectives so that problems can be addressed and resolved in an inclusive, democratic, and authentic way. She describes leadership as not being the “loudest in the room” but as a “bridge that builds consensus in the discussion.”

Kamala Harris broke the glass ceiling as the first Black and Asian woman to become the Vice-President of the United States. She was clear that this role was about service, opening doors, and creating new possibilities that would enable girls and women to dream big and believe in a future where equality, liberty, and justice are available for all. In her Victory speech she made it clear that while she may be the first woman in this office, she will not be the last “because every little girl watching tonight sees that this is a country of possibilities.”

Kamala Harris is not afraid of challenging the Patriarchal Leadership of today. In her Democratic National Convention in 2020, she laid out her people–centred vision – “a vision of our nation as a beloved community – where all are welcome… where everyone can see themselves reflected in it”.

The feminine is needed not because it trumps the masculine, but because it has been the missing partner of Embodied Leadership.

So how can women and men access more of their masculine and feminine leadership style? How can men support women to take their space so that together we can build a world of gender equality and inclusivity?

Men – Strengthen your feminine qualities and allow women to step up

In their book Shakti Leadership, Bhat and Sisodia talk about this being the right time for the “masculine and feminine to partner with the other rather than seek to dominate.” This will “bring about an indestructible resilience of our embodied being.”

The Native American story builds on this – now is the time for the female wing to come into her own – to expand and take her space in humanity. When she extends her wing in equal measure to balance out the male wing, the bird will no longer travel in circles but will fly forward with purpose and strength.

International women’s day is an opportunity for men and women to choose to step up, to challenge the old Patriarchal system of leadership, and welcome the Feminine wing so we can fly as equals towards new and empowering horizons. 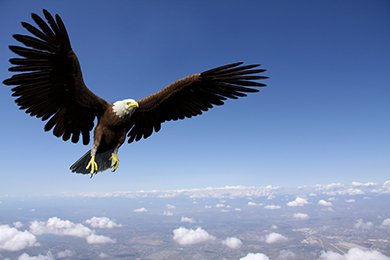