Are Women any closer to Equality and Freedom?

“Women are the largest untapped reservoir of talent in the world.”
Hilary Clinton

Charlotte was in a dilemma. She had just been offered her dream job – CEO of her company. She had also recently discovered she was going to be a mum – another very exciting and much looked forward chapter in her life. As a highly talented and capable woman in the prime of her life, she felt trapped because she had to make a choice between accepting the role of CEO or becoming a mum. She did not believe she could have both or that her male boss would even consider her now. Her only option was to let him know her situation and give up the aspiration to be CEO. 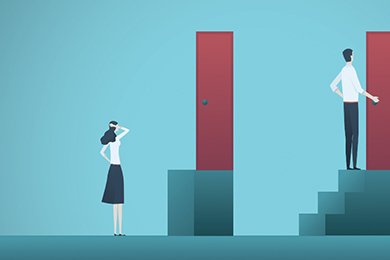 As part of International Women’s Day, I want to applaud both men and women all round the world who stand up for women’s equality; who challenge unacceptable behaviours; who put forward innovative ideas and set up new and exciting platforms where women can grow.

This global day celebrates the social, economic, cultural and political achievements of women since the early 1900’s.

The world-renowned feminist, journalist, social and political activist Gloria Steinem says “The story of women’s struggle for equality belongs to no single feminist nor to any one organization but to the collective efforts of all who care about human rights.” International Women’s Day is about “unity, celebration, reflection, advocacy and action.”

Many people may feel that there aren’t many more battles to fight and that women have come a long way and gained equality. However, women still do not receive equal pay compared to their male counterparts, women are still not represented in equal numbers in business or politics and globally the lack of women’s education, health and the violence against them far exceeds that of men.

While women now hold more than 20% of the board seats in five of nine industrial sectors, up from two in 2018, there are currently only 6 female CEOs among the top 100, down from seven last year. On top of this, those six earn just 4.2% of the total pay awarded to FTSE 100 CEOs.

There are only 25 women CEOs in the Fortune 500. Women who are Fortune 500 CEOs include Mary Barra of General Motors, Ginni Rometty of IBM, and the newly appointed Beth Ford of Land O’Lakes.

Apart from the strong and very experienced leadership of women such as Christina Lagarde, Nicola Stugeon and Angela Merkel, we are beginning to see the rise of younger, more progressive political female leaders such as Sanna Marin, the youngest Prime Minister from Finland and Jacinder Arden from New Zealand. Jacinder Arden has shown that she is not afraid to break the patriarchal style of leadership and was bold enough to bring her baby to the UN general assembly meeting in 2017. She bravely consoled her country’s Muslim community after the Christchurch mosque attack. Comforting because it was a normal human reaction not a robotic one scripted on a piece of paper. She embraced Muslim men and women wearing the hijab and refused to use the name of the key suspect. This was followed with the right messaging and courageous new practical measures, such as gun legislation.

These women are powerful role models to young girls and women. They send them a clear message that finding your authentic female leadership is important and that no dream is too high to reach if you want to make a difference.

Felicity Aston, the first British woman to ski solo across the Antarctic aged 34. Her mission continues to inspire more ordinary women to take this extraordinary expedition with her, break barriers, recognise their potential and follow their dreams.

Out of the 656 space travellers, 65 have been female astronauts – a slow but steady increase.

I have been fortunate to work with many aspiring, high achieving and talented women from the private and public sectors for over the past 20 years. Despite their capabilities and successes, many of these women still lack one very important ingredient – confidence.

Women need to trust in themselves, their expertise and the value they bring to the table. They need see themselves as equal to men, stand up for what they believe in and acknowledge the successes they bring. They need to realise that hard work and good luck are not enough to get them noticed and promoted. They need to be bold and learn to ask for what they need.

Having more women at the top is essential. Organisations need to realize that when the talent and capability of their women is recognised and valued, everyone wins. More diverse ideas, opinions and insights only make for better decisions at the top. It is not surprising that increasing diversity has a direct effect on the bottom line. Companies that have more diverse management teams have 19% higher revenue due to innovation. So why not capitalize on such an important and valuable asset as your women?

As Gloria Steinem said, gender equality is not a just a woman’s issue, we need more men to participate in this movement.

This journey to equality for women is a march towards freedom. It is only when we take a step towards a world where we can look past gender stereotypes, labels, bias’ as well as prejudices and realize the power of working together that change can happen.

So how did Charlotte’s story end? After sharing her situation with her boss, she was surprised to discover that he was still open to her becoming the next CEO. A strong team would be put in place during her maternity leave and the role of CEO would be hers on her return. A progressive leader and company that found a way to keep the female talent they valued for their future success.

International Women’s Day is a reminder that no matter how difficult the journey is, if we stand together, push boundaries, question limiting beliefs, call out unacceptable behaviours, look for solutions and find alternative visions, we can take our rightful place as equals on this journey towards freedom.